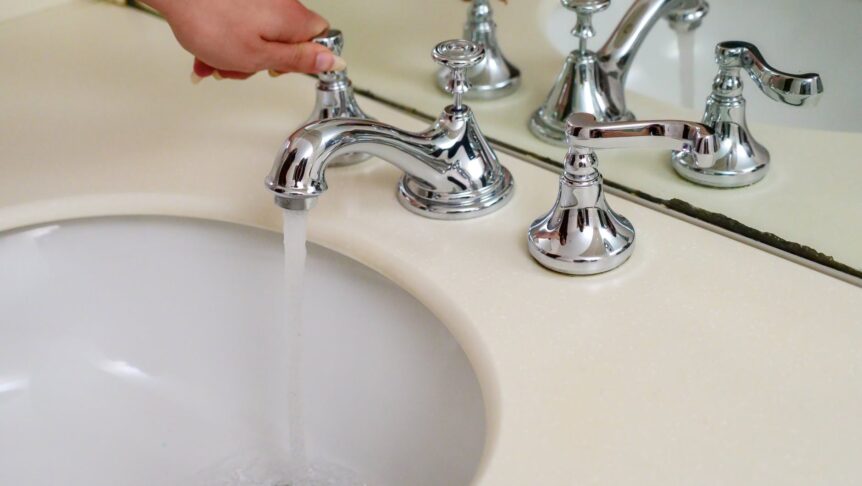 An unassuming, inexpensive plumbing kit item is the culprit behind thousands of dollars in water damage to Australian homes. Escaped water from a burst braided flexible hose can cause significant damage, leave a home unliveable, and destroy sentimental items in a matter of hours.

Burst braided flexible hoses are a major cause of water damage in Australian homes. Escaped water from a flexible hose can cause tens of thousands of dollars in water damage, leave a home unliveable, and destroy sentimental items in a matter of hours.

But many of us don’t know the significance of the hose found lurking under our sinks and rarely think of checking them, says QBE’s Arron Mann, General Manager of Short Tail Claims.

What is a flexible hose?

Commonly known as a ‘flexi hose’, a flexible hose is a versatile and malleable rubber pipe armoured in braided layers of stainless steel. They’re part of many Australian home fit outs and can be found in connections from the wall outlet to sinks, toilets, washing machines, dishwashers, taps connected to home mains, plumbed fridges and more.

They can cost as little as ten dollars.

Why should braided hoses be replaced?

Their limited lifespan means they need to be checked and replaced, says Mann.

“Not many people are aware of this, but they are only designed to last five to ten years and when they eventually burst, they have the potential to flood your house and cause extensive damage.”

Incorrect installation, damage through lack of maintenance such as rusting, fraying and kinking can also cause them to degrade faster than anticipated, adds Mann.

What happens if a braided hose bursts?

A burst flexi hose can release the equivalent of a suburban swimming pool through your home in just 24 hours if no one’s around, says Mann.

“If it happens while you’re at work or, worst-case while you’re away on holiday or travelling it could be disastrous. Water from a burst hose in one room can quickly flood into the rest of the home even when there’s a drain.

“For example, a leak in a second floor bathroom can spread through multiple floors drenching everything in its path – that can mean flooring, ceilings, furniture and appliances. If you’re in an apartment, a flood from a flexi hose can cause serious damage to your neighbours’ homes and common areas too.”

In the best-case scenario, Mann says, you’ll be at home when it happens and can turn the water off at the mains. The downside is you’ll still likely be dealing with damage.

If you’re without insurance water damage from a flexi hose could cost you tens of thousands of dollars.

If you have home building and contents insurance, your policy will usually cover you, says Mann.

“Many home insurance policies, including QBE’s home and contents insurance, will cover you for damage caused by a sudden escape of water from flexible hose failure.

Tens of thousands of claims for damage caused by failed flexible hoses are lodged with insurers every year. But even if you’re insured a burst hose isn’t good news.

In some cases, damage can leave a home unliveable. Families may need to spend weeks away from home while the property dries and extensive repairs are completed.

“We put our customers in temporary accommodation in these cases – but the impact of having to leave your home and losing sentimental items can be significant.

“Regular checks to avoid damage and the need to claim also helps us control the cost and volume of these claims. These costs ultimately impact the cost of the premiums customers pay – so the lower they are the better.”

How to check if a flexible hose needs replacement?

“Go home tonight and look under your sinks and around your house for your flexible braided hoses that connect your hot and cold water. You’ll be surprised how many you have.

“There should be an expiry date tagged on your flexible braided hose which householders can look for.

“If it has expired, or there is no tag, then contact a professional plumber to check them immediately,” says Mann.

“I’d also urge householders to have their flexi hoses assessed by a professional plumber every two years to check for other factors that can cause failure.